In the final regular season game, the Mound Westonka White Hawks hosted the Spectrum Sting. While the game probably meant little in terms of postseason seeding, White Hawk pride was on the line going into the game 7-0.

The game began like many others this season with Sting receiving but the White Hawks Defense giving up very little territory. Soon Spectrum was forced to punt. Tyler Albert got to work right away and the play calling seemed to be, “If it ain’t broke, don’t fix it” when rush after rush after rush, Albert kept moving the ball, then the chains, and then the score, making it 7-0 with Ben Neve’s extra point.

With eight minutes left in the quarter the Sting took over and while they briefly gained a few yards, the White Hawks defense swarmed on the offense, first with a huge tackle for loss, and then a fumble recovery by Jaaron Konkel. The White Hawks would take over on the 43. This series was not a typical set of downs by the White Hawks as they were plagued by several penalties and incompletions but they cleaned up their mess as Jake Gaylord found Jake Dallman for a 25 yard reception just one yard short of the endzone. Fletcher Anderson would take it the final yard. The White Hawks faked the extra point attempt and converted for two when Kade Tappen found Joe Zachow in the endzone making it 15-0 with five minutes left in the first quarter.

The Sting’s final drive of the first quarter which brought them into the second quarter was one of the most successful of the game, moving the chains and converting on 3rd and 4th downs. When they found themselves on the 16 yard line on 4th down they decided to go for three and the kick was no good so the White Hawks would take over. Despite the momentum shift and the strong hold by special teams, the White Hawks offense could not convert on the next drive and was forced to punt, pushing the Sting back to the 17. Not long after, Tyler Von Bank would pick off the Sting’s quarterback running it back to the 22 yard line. Again the White Hawks were plagued by penalties and it didn’t seem like this drive was going to go anywhere. Tyler Albert helped inch them back from 3rd and 25 to 4th and 18th. The White Hawks called timeout to strategize and strategized they did. Gaylord found Tyler Von Bank for a 23 yard touchdown with Neve making it 22-0. The Sting would be left stranded at midfield as the half expired.

The second half would go much quicker as horizontal rain and wind prompted a White Hawks drive that would gobble up almost every single minute of the third quarter. Jaaron Konkel, Tyler Albert, and Cam Peterson would show the Sting how worker bees behave and take turns pushing the ball up the field in a steady and strong offensive drive. Tyler Von Bank would cap off the drive with a 5 yard run. While the two point conversion wasn’t successful, the plan to eat up time on the clock was. The six point drive took the entire third quarter and the White Hawks led 28-0 moving into the fourth.

The 4th quarter would go much the same as the previous 3 for the Sting. Their first drive was cut short as Andrey Sivtsov would recover a fumble, stopping the Sting short of their offensive attempt. The White Hawks would also not have much luck moving the chains and soon were also forced to punt, backing Spectrum up to the 27 with just 3 and a half minutes to go. Issac Paul stepped up with a set of big tackles on defense giving the Sting nowhere to go and sealing the victory.

The White Hawks finished their regular season with a perfect 8-0 record and have secured the #1 seed and a first round bye in the Section 6AAAA playoffs. The White Hawks will host either the #4 seed Orono Spartans (2-6), or the #5 seed Delano Tigers (2-6) on Saturday, October 30th at 7pm. 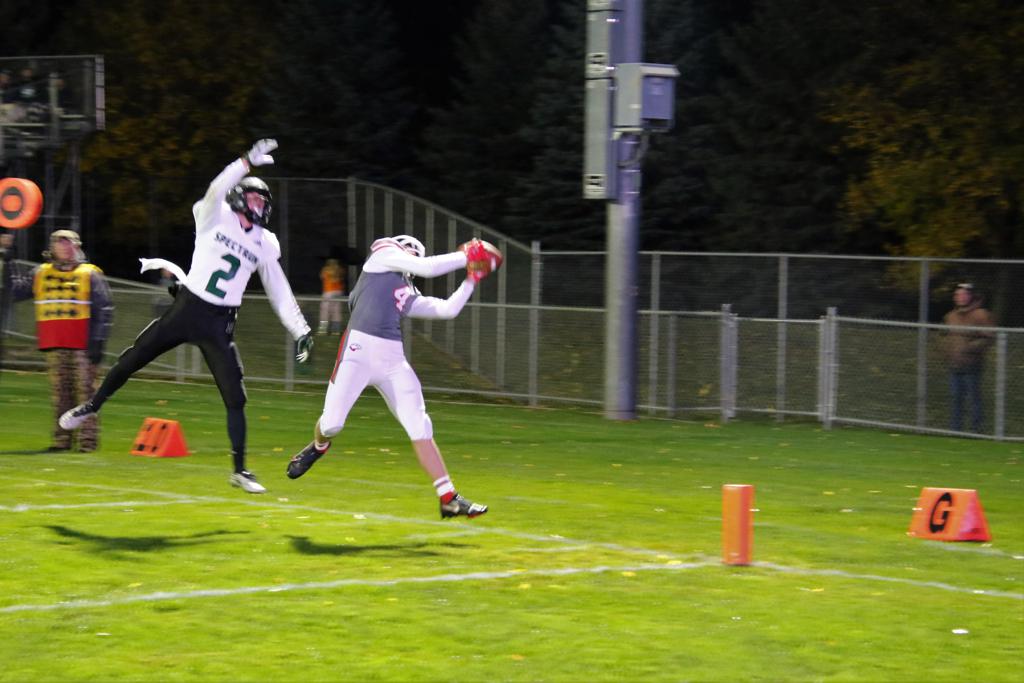 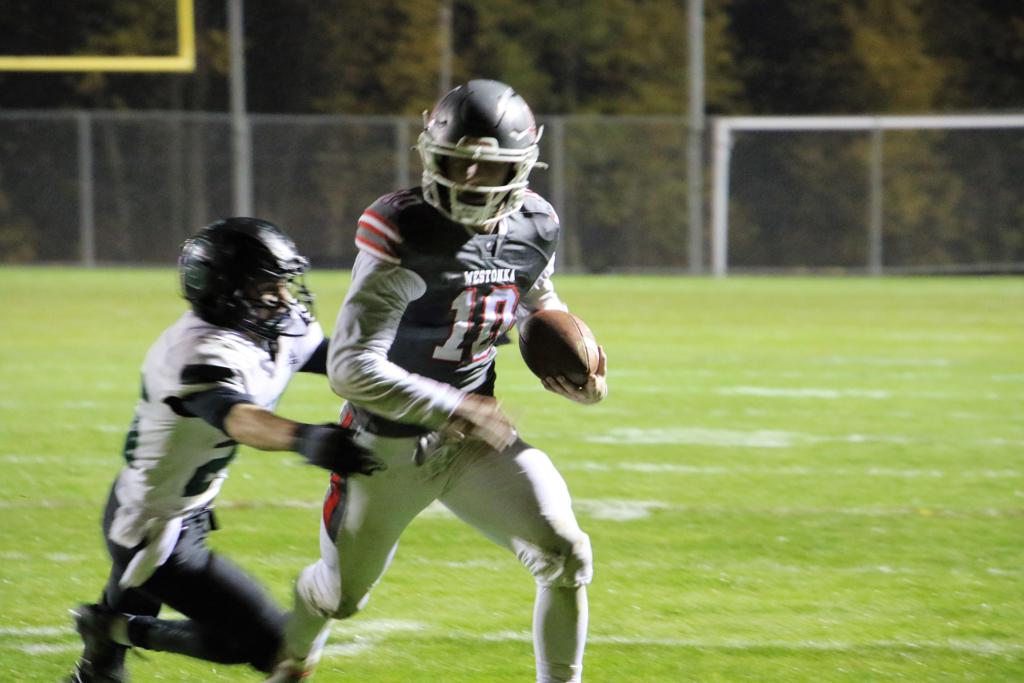 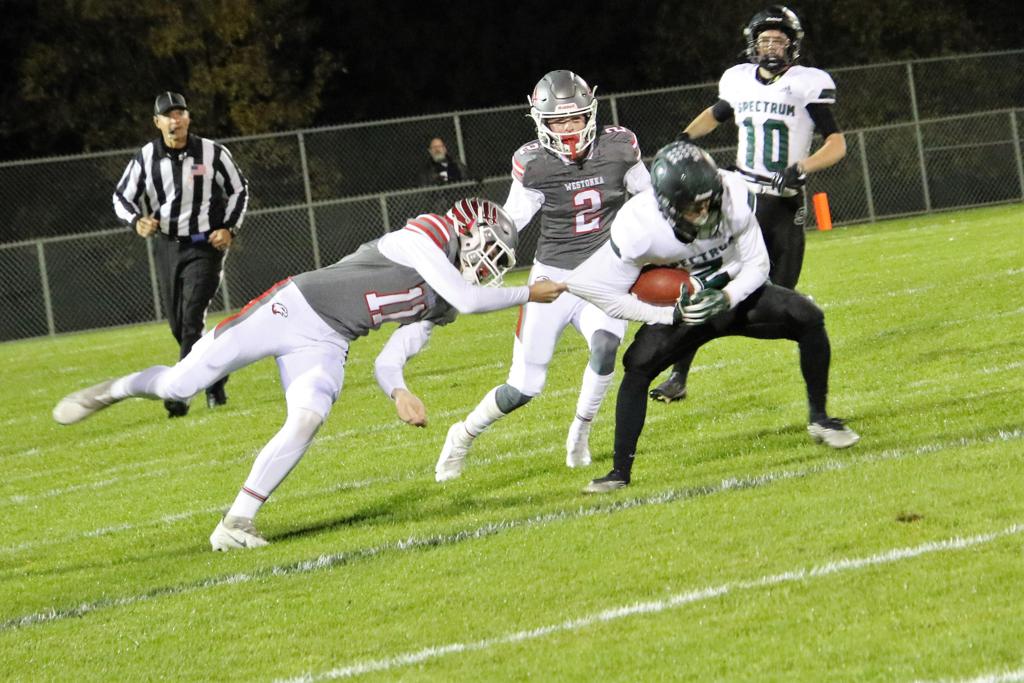