Time Runs Out for the Minutemen 49-0

While historically Minutemen were a small elite force known for their enthusiasm, reliability, and physical strength, this week the St. Paul Central Minutemen would not live up to that reputation. Instead, they would find themselves facing a Mound Westonka White Hawks team that was prepped and ready to fight to protect their perfect record on their home battlefield.

The 6-0 White Hawks would begin the game receiving the ball and it didn’t take long for the White Hawks to string together a strong offensive that only ended when Tyler Albert would find the endzone with a 11 yard rush. Ben Neve’s reliable leg would once again make the score 7-0. Central then took over and planned their own offensive attack. Moving the ball downfield they finally found themselves in field goal range and tried to go for it. The White Hawks strong special teams introduced themselves to the Minutemen in their usual fashion, by blocking the attempt with Fletcher Anderson recovering it. Despite the big play, the White Hawks could not capitalize on the great field position and were forced to punt. As time would expire in the first quarter the score was still 7-0.

The second quarter was a different story and the White Hawks full-scale attack would push the Minutemen back in a futile attempt to defend their endzone. The attack began when White Hawk defender Ben Tice scooped up a Minuteman fumble and ran it back for a touchtown making it 14-0. Soon after, the White Hawks offense would go to the air, with Jake Gaylord finding Jake Dallman for a 37-yard touchdown with Payton Kasper adding the extra point making it 21-0. Another set of downs by the Minutemen couldn’t move the chains and a big 4th down punt return by Carter Reinbold yielded great White Hawk field position. This time the White Hawks would leverage their ground game with Tyler Von Bank rushing for a 41-yard touchdown, capped off with an extra point again by Payton Kasper.

When St. Paul Central would receive this time, they found a defense that  behaved more like an offense. Moving the wrong way down the field and finding themselves with a 4th and 20, Central had to punt from their very own endzone. Von Bank would break through the line and get a hand on the punt, so the White Hawks would take over just 15 yards from the endzone. Gaylord would find Dallman again and Manu Jordan would add the extra point making it 35-0 to end the first half.

The second half would start off with a bobbled kick off by Central and the returner would pay for that error when Carter Reibold knocked him all the way back to the 14. The Minutemen would forge ahead but it didn’t take long for them to be picked off by Tyler Von Bank who would run it back just 3 yards short of the endzone. A few plays later he would finish the drive and with Neve’s extra point the score was 42-0 with 10 minutes still left in the quarter. This would be the last time the White Hawks would score in the 3rd.

In the fourth quarter the White Hawks would continue their endzone blockade, not letting the Minutemen anywhere near it. They held strong, not giving up any third down conversions the entire game and only one 4th down conversion. The final 9 yard touchdown run by Carter Reinbold and extra point by Jordan would leave the Minutemen scoreless as time expired. The final score would be 49-0 with 392 total yards of offense by the White Hawks compared to only 107 total yards by the Minutemen.

Coach David reflected on the game and the 7-0 season saying “though we were kind of lethargic in the first quarter, I was very happy in how the boys came out in the 2nd quarter and ultimately finished the game. We have a short week ahead of us with only two practices so we are going to get right back to work tomorrow moving into our Wednesday night regular season finale.” 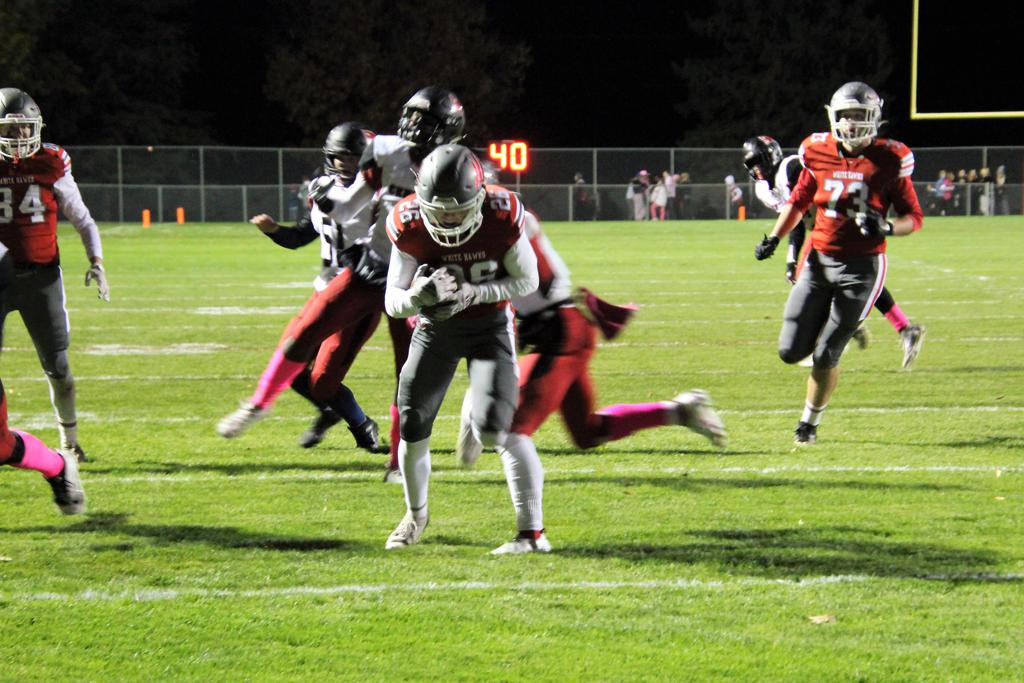 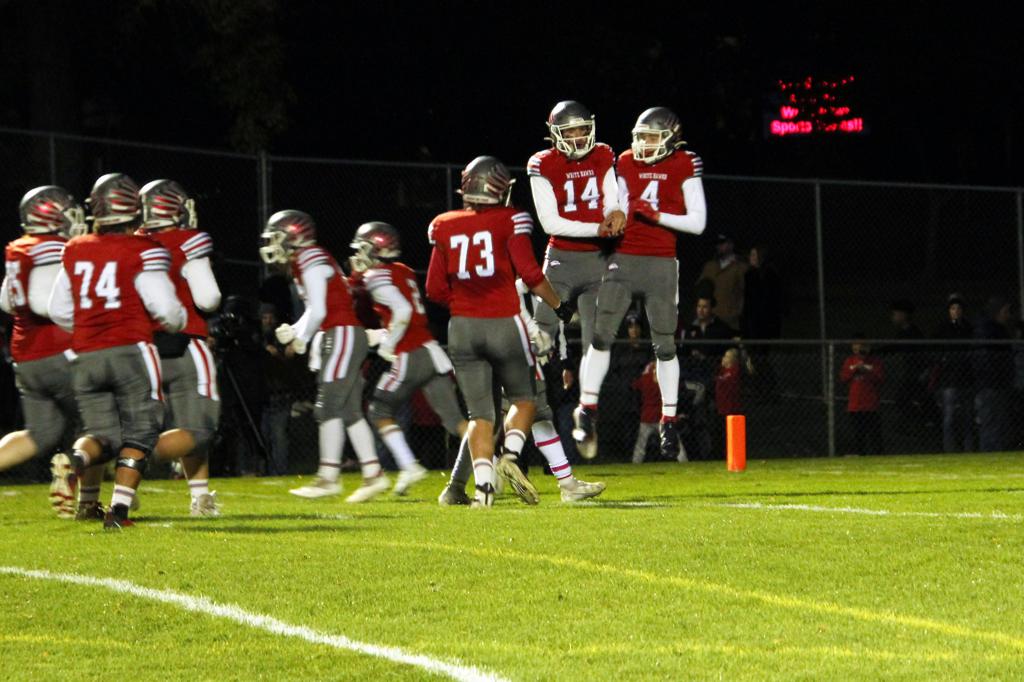 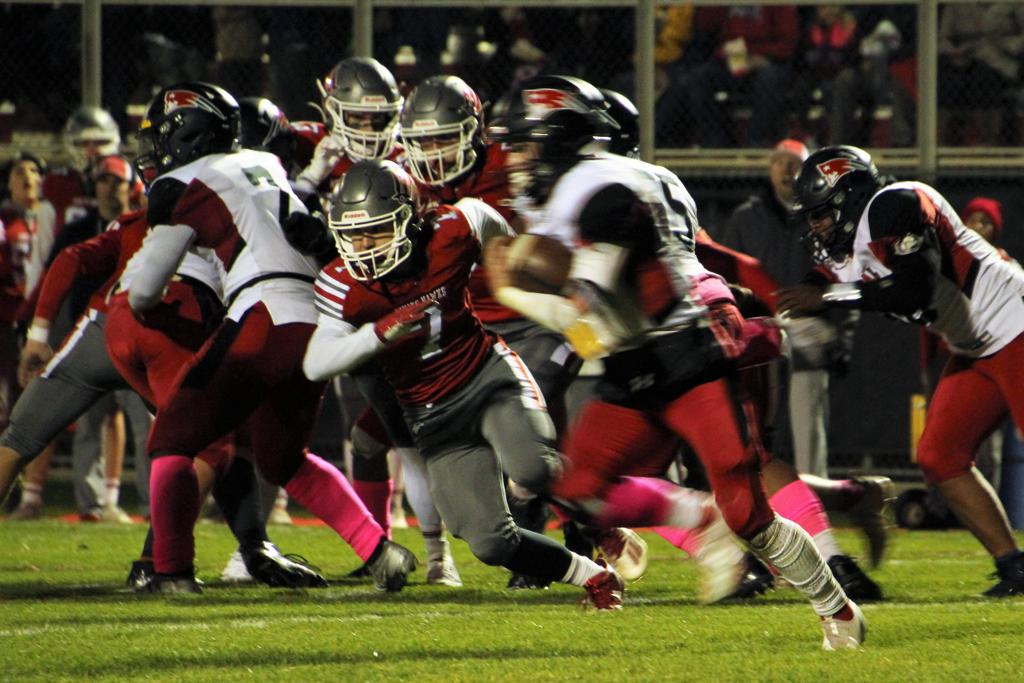